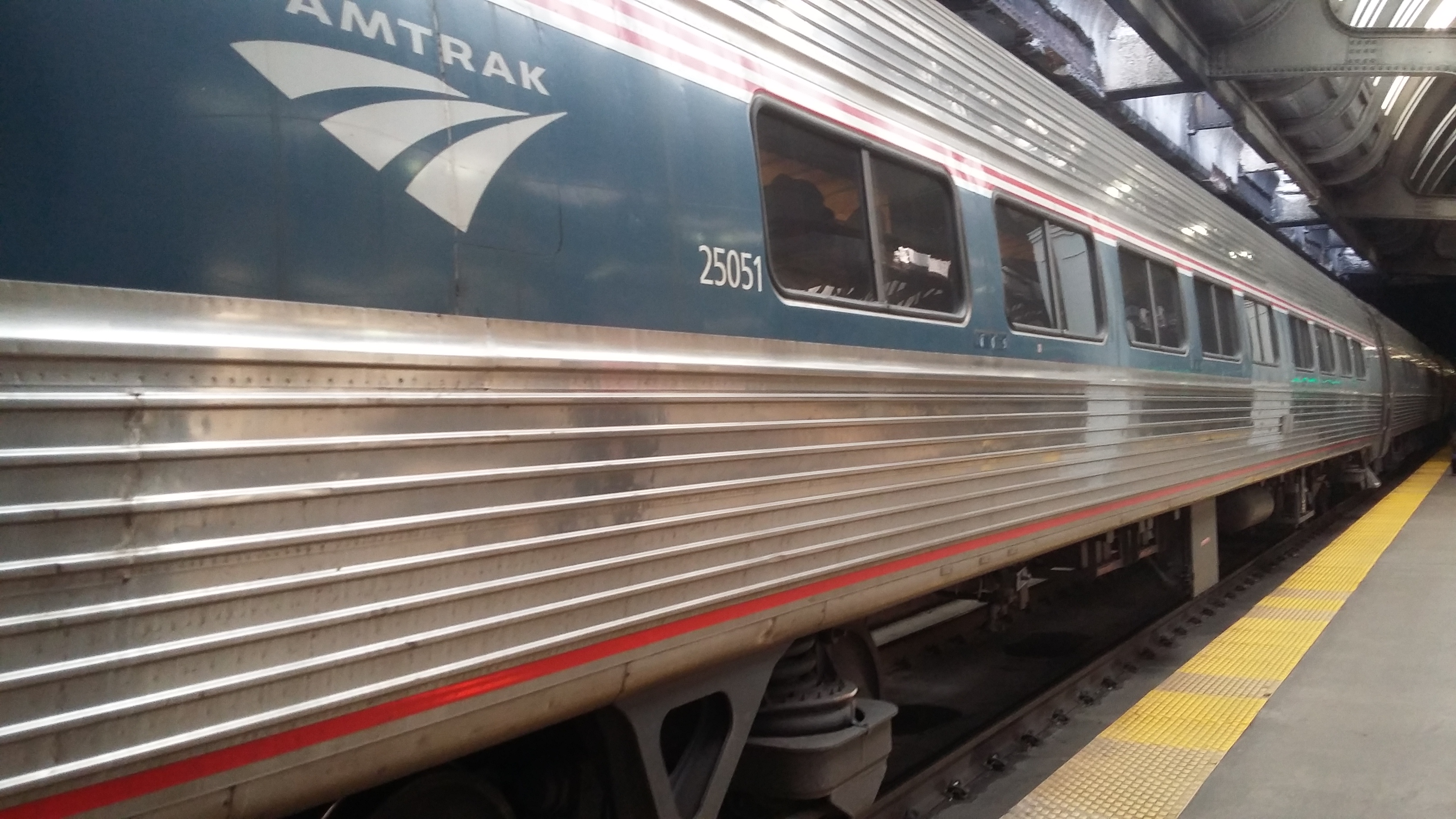 One of the coach cars from the Cardinal

I recently went on a trip to Missouri, and since flying or riding the train would cost the same amount, I decided to do the solarpunk thing and try train. I’d only ever gone on short, touristy train rides before, so this was my first time evaluating rail as a long-distance travel option. While the exact values will vary based on model, train travel is typically regarded as less carbon intensive than flying or taking a single-occupant passenger car.

Any readers from Europe will likely be appalled at the poor state of rail travel in the US, but I think that for anyone with the time, rail travel is much nicer than taking a plane. Sure it takes a lot longer, but the seats are much bigger, the luggage restrictions are very generous, and you avoid federal employees invading your personal space. 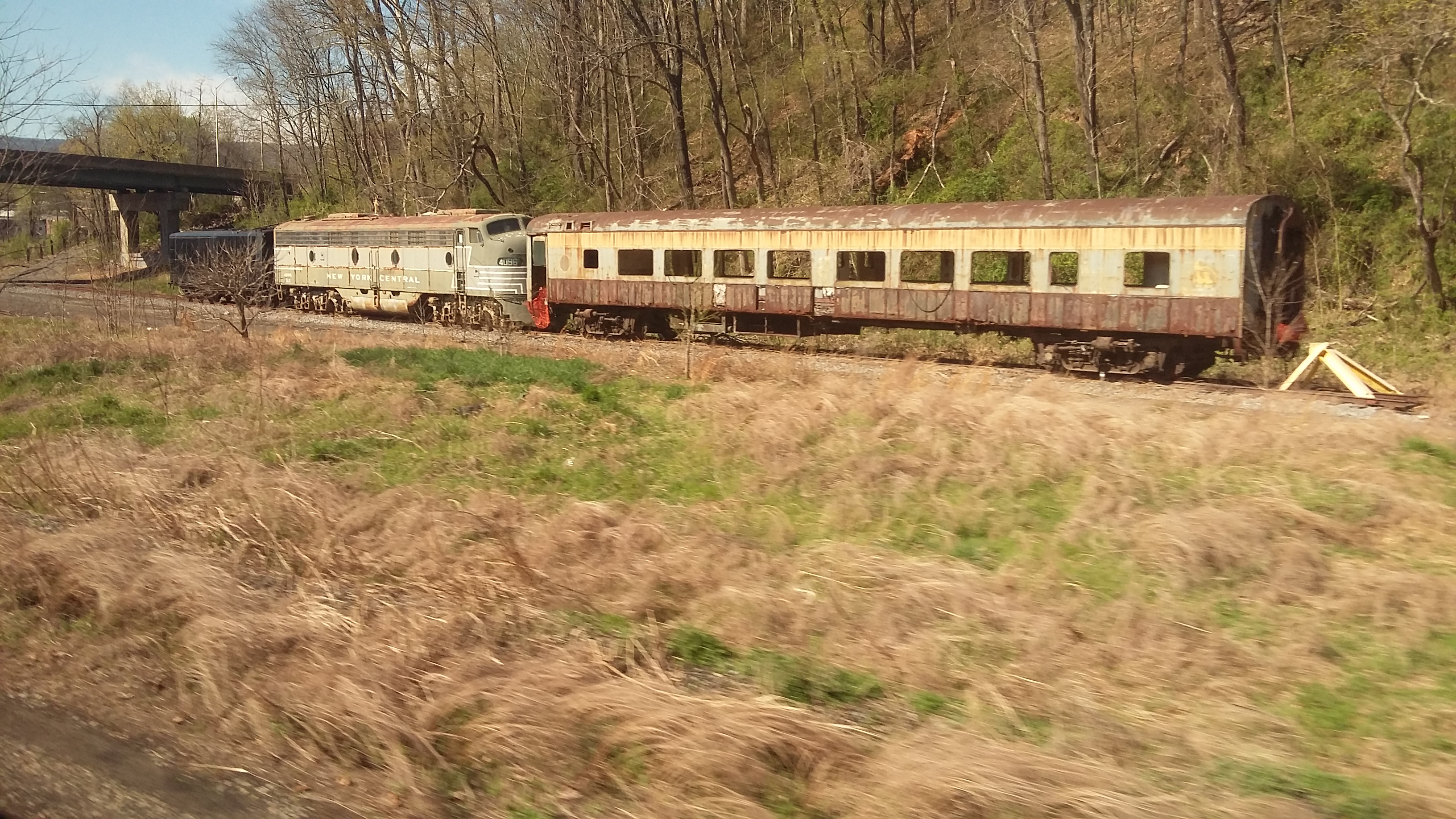 An abandoned train on a siding we passed 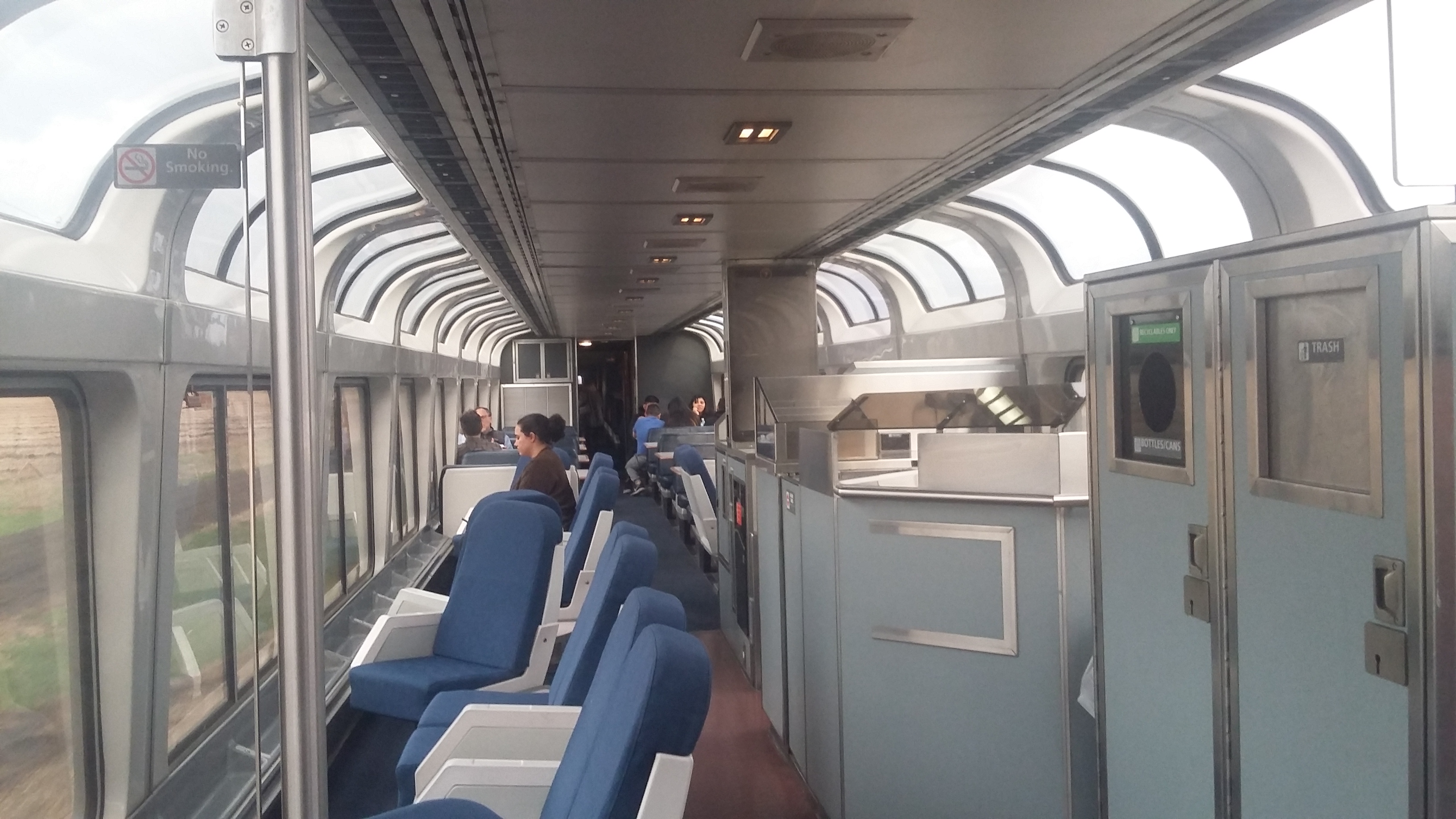 There was a cafe car on both trains, and the Southwest Chief also had observation and dining cars. Since I’m cheap, I brought my own snacks and water, but the food is there if you don’t bring your own. The ride is sometimes bumpy, but you don’t have to worry about your drink or food flying up unexpectedly like you might with a flight.

There are some downsides, of course. Number one is that you still have small, airplane-style bathrooms and you’ll almost certainly have to visit them if you’re going any appreciable distance. There’s also a relative dearth of destinations when compared to air travel. As most people fly to get from place to place these days, Amtrak can only support so many routes. If I were writing this article fifty years ago, then I would likely have a different story to tell. 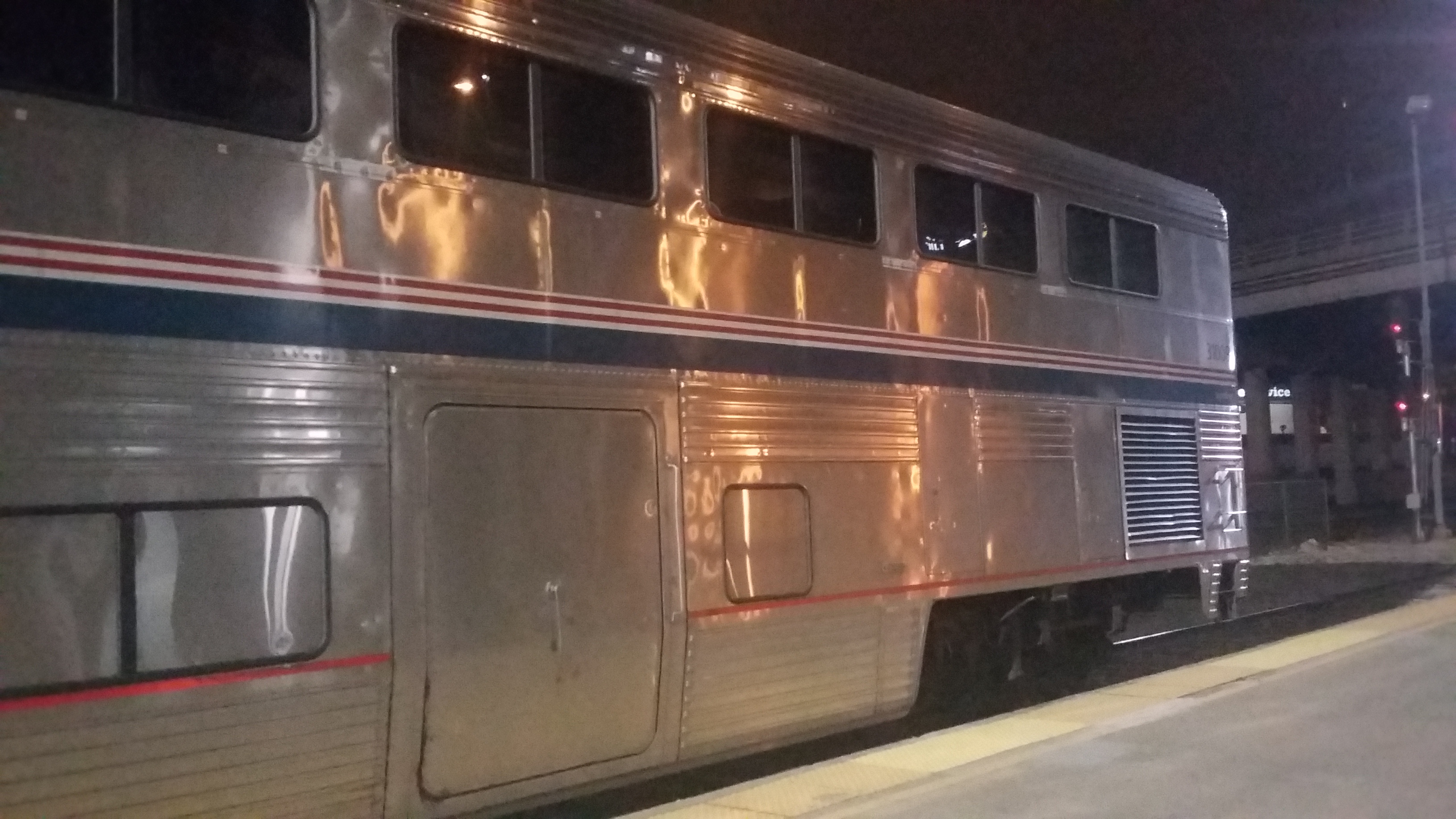 Another con is the occasional smoke breaks where people can get off the train and get their fix. The ventilation aboard the trains seems sufficient, but in the first few minutes following a smoke break I was wishing I could crack the window. Luckily, I wasn’t seated too closely to any smoking passengers, and the smell quickly dissipated. 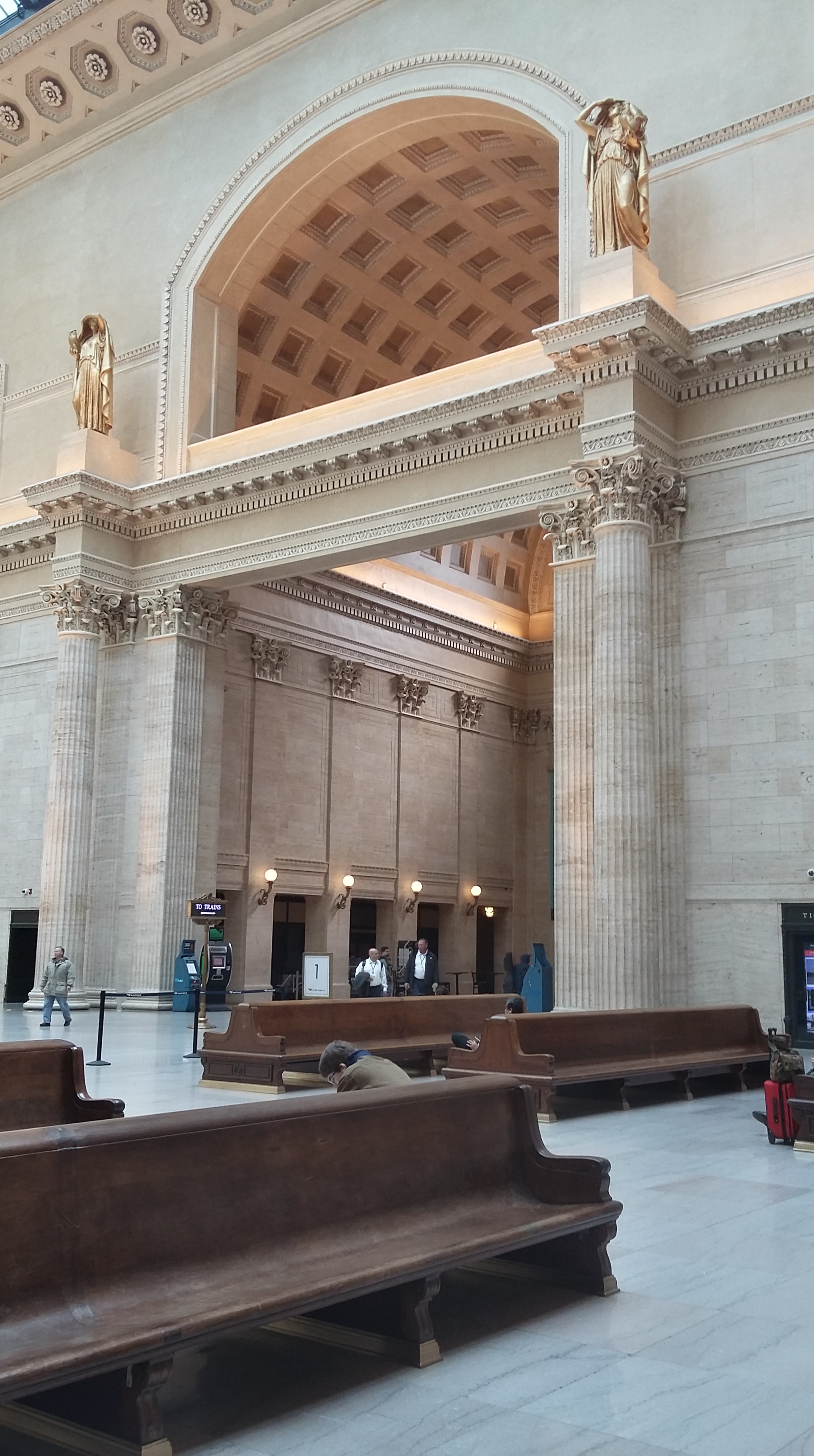 I don’t know if traveling via rail rises to the level of luxurious (it might in the sleeping cars, which are available on both trains I took), but it is certainly more pleasurable than any of my previous travels by plane. For shorter trips (KC to Chicago for example) it can even be faster than driving since you avoid all that mucking about in city traffic. If you are planning a trip in the future, consider seeing if the train can get you there. It’s not an option we think of here in the States, but I’m glad I took a chance on it.

Have you traveled by rail in the US or abroad? What’s the train like in your area?

4 thoughts on “Riding the rails”